How do I get a literary agent?

I was a guest on the Afternoons with Helen Farmer show on Dubai Eye yesterday, talking about writing and getting published with fellow author Brandy Scott.

Her debut Not Bad People, about a group of friends who suspect they may have caused a light aircraft to crash when they launched a Chinese lantern (that’s not a spoiler btw), was published this week and sounds brilliant.

We talked a bit about our routes to publication: I was lucky in that I won a competition that got me a toe in the door of top London literary agent Luigi Bonomi, while Brandy had the incredible experience of emailing an agent her idea and being taken on, but it’s often not that simple.

Helen opened up the lines for questions and the overwhelming query people had was along the lines of: I’ve written something, how do I get it in front of an agent?

I have a few pointers regarding the market in the UK:

In 2013, I became the first person to win the Montegrappa Writing Prize for unpublished authors at the Emirates Airline Festival of Literature. To say it changed my life would be an understatement. Not only did I win professional validation from judge Luigi Bonomi of LBA Agency in London, but I won a foot in the door of the literary world.

Luigi Bonomi guided me through getting my manuscript ready to sell, then secured me a three-book publishing contract, which was later renewed for another three books with HQ Stories at Harper Collins.

Unpublished writers in the UAE, this could be the break you’ve been waiting for. All you need to do is enter 2,000 words and a synopsis. Find out everything you need to know, and how to enter, here. 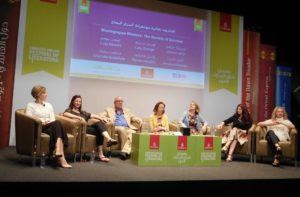 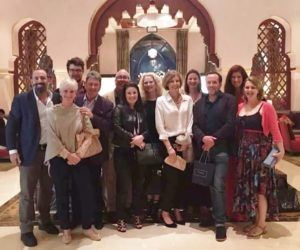