Four days to go: Is this as good as it gets? 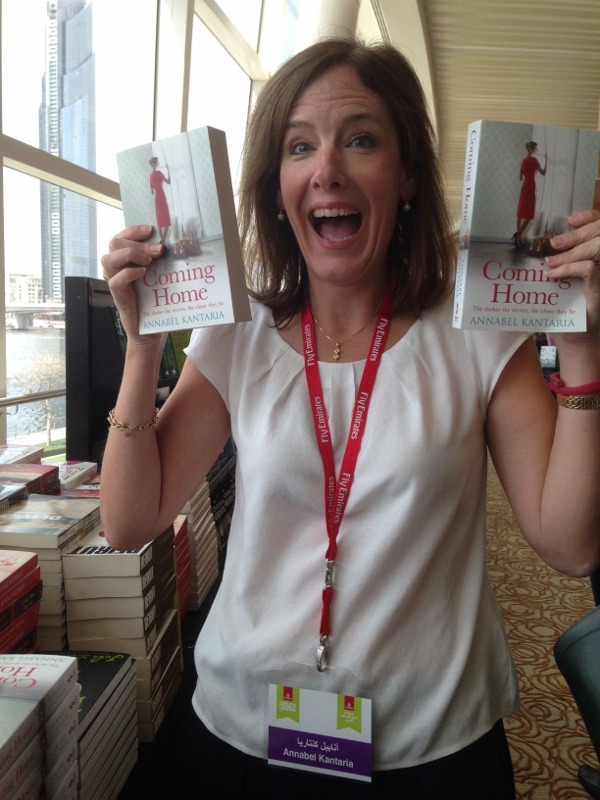 In 2010, a friend bought me a book called The Passion Test. At a loose end (I’m laughing as I type that), I read the book, even though I’m usually more inclined to hurl self-help books at the wall than actually read them. As I read it, I took “the passion test”, which basically helps you identify what you need to be doing with your life in order to be happy from the inside out. Not that I wasn’t happy from the inside out to begin with. But – as I said: loose end.

The other day, I found that list that I made in 2010. On it were the following points:

(The Passion Test encourages you to think big.)

And here we are five years later: I have a three-book deal from a London publisher. The (hopefully best-selling) book will be released to an unsuspecting Dubai public in four days’ (four days!) time. A week today, I will have delivered two sessions at the Emirates Airline Festival of Literature and, within the month, I will have given a talk to a class of writing students at Dubai College.

If you’d told me in 2010 that I’d manage to tick off so many of those outlandish goals in five years, I would have fallen over laughing. But here I am now, on the precipice of all my 2010 dreams coming true. It’s a terrific feeling…

… yet there’s a part of me that wonders if this is as good as it gets – that if, from here, the only way is down: at the moment hardly anyone’s read the book. It’s all anticipation, excitement, expectation and celebration. So far, there are no bad reviews.

But I know the moment will come when people start to finish the book. That they may well turn to each other and say “Is that it? I mean, really? She made all that fuss about that?” and “Seriously? I thought it would be better…” or worse, “OMG, I couldn’t even make it past chapter three…”

So when people ask me “Are you excited about your book coming out?” I don’t know what to say. Yes I am. Of course I am: I’m bubbling more than Lewis Hamilton’s champagne on the World Championship podium. But I’m also resigned to the fact that this magic phase of excitement and anticipation is almost over. And, from here on in, I have to grow a thick skin because, no matter what, and in the words of Taylor Swift*, “the haters gonna hate, hate, hate, hate hate” – and I’ve got another two books to write!

*Am not particularly a fan; I have a tweenage daughter.